Paragliding abroad at its best

South Africa 2010 - a trip into the wilderness

Everyone rocked up in Capetown in good form and on time. Well everyone and everything arrived bar Robs glider which BA sent on a day or two later. Capetown proved to be a great stop to catch up on sleep and settle into old style Afrikaans city life. We had great digs, very central with a wicked view of Table Mountain. Capetown itself buzz’s with a cool ocean and mountain vibe and a colonial style left over from its early Dutch shipping days. It's a special city. Following some ground handling at the foot of whales watching Hermanus we headed on up to the area of Wilderness on the south East coast. Arriving mid afternoon the lads got two flights in at Map of Africa landing on the beach. We then briefly checked into a fab hotel that went by the name of the locality, that offered us rooms not just of a wicked sea view but literally ten meters from launch! 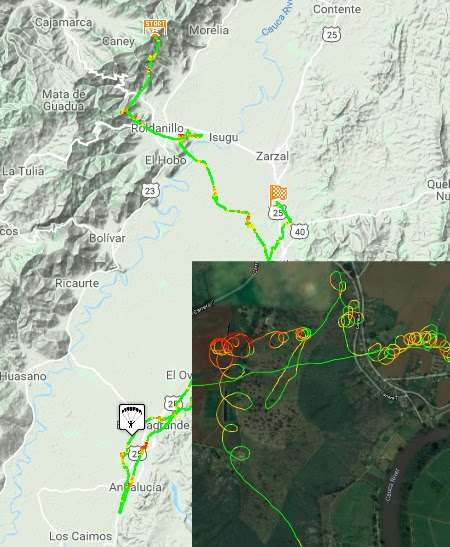 We woke the next day to a brisk south wester, too strong to fly by our hotel but perfect for some of us to fly the dunes of klien crunch . Thus proved to be time well spent, some worked on their ground handling, others on the kiting skills and some giving our beach wagga best. As the dinner gong sounded we made a quick stop at the garage for pies and then it was flying from our hotel pretty much all day. We finished with cold beers by the poolside.

Day three and it was back to map of Africa, named not after launch, but in fact the land mass behind which uncannily looks like Africa, it's boundary broken up by the rivers. Having caught it both on a weekend and in good sunshine it was a tad busy, but the lads loved it.

The map was busy that day, but much fun was had and some lads like old granddad Pete and newly qualified James cranked over 3 hours airtime a piece.. There's a short video snip of rob soaring with the traffic on the road below...which offers up a new idea on traffic flow.

Day four the wind tickled up the windsock at our hotel, the whole group flew for ages so come lunchtime Rob took us off and we pushed on to Paradise Ridge. You just had to fly the 10+k (60min) down some magnificent cliffs to Gerriks point, a bit of wing over larking around, an airborne chat with a mate and back to top landing for beers at the rondavel of local mad jack, top day had by all.

Day five and we went to Gerricks point, which takes a southeasterly. It's a high cliff with a limited but doable launch, which absolutely everyone of our group made look easy! Well-done guys. ...and another couple of hours in the bag.
Day six ..... Windy…at last some time to read and sleep.
Day seven.... Wet windy but we flew twice that day from our hotel.
Day eight we check out and move on to Porterville for pastures new and some thermal action.
Porterville is a well documented site, Dasklip and Blomfontein being the main launches. They sit 16 k outside of the small village of Porterville up a corrugated road. The site is well known for its thermic and xc potential as as launch sit midway along a massive ridge that runs for around 80 k. The journey took us 4 good hours through some outstanding countryside to get there. We arrived at Porterville with a plan to maybe get a flight in, instead we looked at couple of launches and headed back to rob manzonis flying lodge for cold beers and a dip at his pool. Rob has a great house with bar and big braai and a massive paddock to ground handle in- if that sort of thing floats your boat.

Our first night there was coincidently captain jacks birthday. The guys knocked us up wicked steaks (as you wanted them) on the braai and birthday cake to finish, Jack even got a welsh corral of happy birthday from Nick Roberts, Andy and Stephen Jones... But I think he might have been either to smashed or emotional to notice, the Swedish group were a tad flummoxed. Anyway top nosh when you consider there were maybe thirty visiting pilots knocking around.

The lodge was a great success, it's good to meet up with a mix of experienced and foreign pilots, the atmosphere was chilled, the onsite bar a stroke of genius as well as the bar tab that you only sees the day you leave!

Following a briefing from the two robs re local weather and flying we headed out up to Dasklip pass, sadly there was an unusual howling wind over the back but we commiserated by the only British method we knew, ice creams, a 12 pack of beer and a dip in a hidden plunge pool behind launch.... It was just like being on holiday!

The second day saw Rob, Pete and James fly high. Justin, Peter Wright and Captain Jack got stuck into some thermalling, all pilots got some great flying in and bimbled up and down the valley for an hour or so.

Day three , new personal bests this holiday! If wilderness cranked up a load of airtime for the guys then Porterville had the topping everyone was after, height gains of 7,000 feet, strong climbs and fresh XC's!

Peter flew first and high leading the pack down the ridge to Bumpy, Nigel following, Lee managed to catch up and Brian's ‘worse things happen at sea" Hignett, battles on to climb up and keep up with Lee down the ridge.
Only on our return, did we get news that Stuart had cheekily gone below radar and headed off the back to Citrusdal.... 50 clicks!

Day four, take off from Pomfontein (pumpkin) launch. Most had some good climbs from launch; others got the sink and had to work hard to get up. Everyone triumphed getting up and all tried the trip down the ridge. Pete senior landed a fab ten k down wind from launch with James and Rob at 15k, Brian at 17k and Lee and captain Jack at 20k. Stuart disappears of radar again and landed just north of citrusdale like yesterday. Another top flying day had by all. All back to the bar to celebrate with Stuart drinking beer at the lodge and making the most of the pool and sunshine.

Our final day should have been a simple flight back home travelling at 30,000 ft, but the less superstitious planned a loose competition to fly from launch the 16 k back to Porterville before we were to go. Such is the excitement the competition event was named the biltong challenge following the quantities Nigel had scoffed during the trip.

The biltong challenge was a light into wind event, timed, as we had to get jack and Justin to airport shortly after..... so no pressure! Out of the nine competing, rob took off first but in his defense due to the audible scream of his recurring competino meltdown was soon decked only a k into the flight. Those taking off later faired better. In pole position was our own Lee Tryhorn, 6k short of goal, just behind him was Nigel Bourn and in 3rd was rookie and cattle rustler Brian Hignett. Notable flight or sights were Stuart Levens thermalling at low level for a 1 k along the power lines - clearly not a man to give in easy!

All down in one piece and a very happy Jack and Justin got to Capetown in unusually punctual Flyspain order and we all headed home. The trip to SA was a huge success and loved by all and will certainly be repeated next year. Accommodation has already been booked for next year so get your name down if your tempted as numbers will be limited to 8 pilots, click here to reserve your place

Of course our usual mix of fab flying and eclectic mix of personalities will be here to greet you in Algodonales, the town they say you can never get enough off! Do have a look at our calendar as numbers are already limited for the season ahead and we look to be super busy again for this spring.
Until then have a good new year,have fun and fly safely!