Pulling out all the stops ......Pilotage

It was lovely to see 5 faces well known to us here at FlySpain waiting eagerly if not a little nervously at the airport to begin the adventure. We had Martin an ex EP and CP student with us who was now clocking up the hours and wanting to put his new Rush 3 through its paces. We had Chris also and ex CP student bringing his new Gin Sprint Evo. Russ an old faithful with us out here again wanting to test his new Rush 3, Mike one of our thermalling course pilots ready to fold up his Mac Eden. Brian was also with us who I have thermalled up with on many occasions in skies all over the world. He was bringing his new Artic 2 to the party.

The Sunday began with the obligatory briefings and equipment safety checks before heading  to the airfield in Villamartin for some practice launches giving the guys a chance to get used to the winch and the style of launch required when towing. Despite a bit of wind chasing around the airfield we got some really good tow practice in and it turned out nearly all the group were tow rated pilots so made it look as easy as it is.

The beautiful thing about the courses being in house is we are no more than 30 minutes from our home mountain and so after the tows we headed up the Lijar South East for some evening soaring getting the boys settled in to flying again and comfortable in their kit before starting day 1.

The first day of SIV  started with the usual light swirling wind giving us a chance to put the easy ups in place and brief on the first flight of the day. The briefings had been made the boat prepped and as soon as the wind pulled on it was time to head over to the ¨Cow island¨ for the first round. The wind was light and so gave very easy towing conditions for the first tow and we had enough altitude to begin with Big, Big ears and small asymmetric deflations.

It was very pleasing for me to see everyone nail their launches and all of the gliders performing very well, as expected. We had some shifts in the wind during the first session that gave us the chance to exploit some of our many launches around the lake allowing us to continue whatever the wind direction. As the day went on the wind increased and we were able to start getting lots of altitudes allowing for many repetitions of the manoeuvres which is important. We were able to make 2 runs and had even started the 3rd as the wind picked up which meant we had to call it a day. The first day had gone very well with no one fluffing a launch and everyone getting stuck into deflations with 100% commitment.

Once we had left the lake we again headed up to Lijar and spent 2 hours soaring in the evening restitution.
Day 2 we were off again and were able to make a few tows before the wind built up and we had to hide under the easy shades and take out the kayak or just cool off in the lake. It gave us the opportunity for some manoeuvres theory and we were able to get some more flights in before the wind came in again and spoiled play. Only on the lake however, as once again we pulled the rabbit out the hat and headed up the Lijar mountain for some more restitution flying only coming down as the sun had set and it was time for cold beers.

By allowing five days for the 3 day course we had plenty of time to catch up on the maneuvers and we started working on bigger asymmetric deflations with all the gliders behaving really well and the pilots now really starting to build trust in the glider and their ability to recover it simply and calmly. It was very easy for me and Jack in the boat as once again every pilot nailed the launch.

The theme for the week continued as we flew the mountain by night and towed during the day. All of the deflations had gone according to plan with some positive reactions required which every pilot made with growing confidence. The gliders again behaved impeccably. It is very reassuring for me to be able to put so many gliders through their paces and watch how well they recover and behave in flight. We combined a lot of the practical with lectures on thermalling and how to utilize the skills learnt during the course giving the lads an all round knowledge base both practically and theoretically. 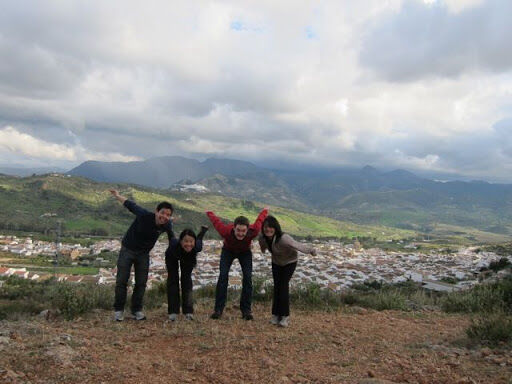 The last days of the course had the manoeuvres getting much more interesting as we started to look at the search for spin and spirals alongside B-line stalls. The search for spin is a very useful exercise and we had a few very fast entries that gave us something to work with. It was very educational for the pilots as they discovered the exact brake range and feeling of the glider and the results of over braking. The spirals were great to watch as every pilot pushed themselves much deeper into the spiral than they had ventured before and then made the perfect exits bleeding off the speed and controlling the energy.

It was great for us to sit in the boat and watch all the pilots build in skill and confidence during the week putting it into practice when flying from the mountain in the evenings.

I´d like to thanks Jack in the boat who again made flawless tows and put me in the perfect positions around the lake and Russ for launch marshalling and helping to complete the 100% successful launch record. Most importantly the pilots who made the week such great fun.

If you would like to book your Parglider Training or Paramotoring Training simply go to our online Calender where you will find a full list of dates, availability and to book. Any quetions at all dont hesitate to contact us via our Enquiries link or Whatsapp us via the website for an instant reply.

Dont forget, we also offer £500 of ANY course when you purchase a new glider package, check out our online shop for more details.