Christmas holidays at their best

We had one of our largest groups of the season out with us to celebrate the end of another epic flying calendar for 2007. September and October have been massively popular for free fliers, our 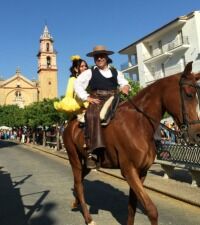 courses have been well oversubscribed, hence we will be running more courses and flying holidays for 2008. see our calendar for more details.

November was the last week of pilot thermalling, again we saw a lot of familiar faces that have been out with in previous years and some new faces. November is late in the season for Xc flying but we had a couple of pilots making some tidy out and returns from the first day. By the end of the week everyone had flown every day averaging and hour to an hour and a half each per day . We tottered up nearly 80 hours of flying in one week between 11 pilots. A great week enjoyed by all, a couple of lads have already drop us a line to say thanks

“Quick line to say thanks to you, Rob and Lee for a great week last week  -  well organized from booking through to flying and good to be in safe hands both in the air and in the bus (even Lee's driving). Hopefully get there again sometime next year…”Roger Barwell

We had pilots from all over the U.K , A big turnout form , with a special appearance from the flying Scotsman duo, John and Kenny.

It was great to see many familiar faces in the group who were pilots that have completed their EP and CP with us this year and are now regularly spending most of their time here at cloud base. Congratulations to Dan Robertson who only passed his cp with us in April and has already clocked up nearly 30 hrs hours.

Remember numbers are limited to eight , if you are keen to get your name down on on eof new courses then check out our Calendar for next year. Or always feel free to contact us directly.

Happy Xmas and See you all in February 2008