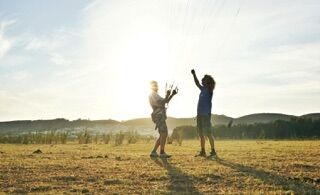 The start of our second May Pilot Thermalling week was rudely interrupted by a weak cold front that passed through during the weekend. The Sunday delivered an impressive thunderstorm and a bit of a down poor which had us running for the bar for some Spanish coffee and a chance to get to know each other. We had Ivan and Stefen with us from the previous week and we were joined by Rule, Marial, Jouhn and Garald who had driven all the way down from Holland. Rick was with us and we were also joined by Jenny who had travelled all the way from the east coast of America for some European thermalling  and XC.

After a couple of coffees and some Spanish tapas it was clear that rain was going to stop play for the day so we headed back to the classroom for some thermalling theory before heading over to Zahara for a look up the tower and some fine food in our favourite little restaurant overlooking the lake.

Monday was looking much better and the cold front had allowed for some nice little cu's to develop over El Bosque. Jenny was first into the air and despite never having thermalled before rocketed up to base and showed the boys how it was done. It didn´t take long for everyone to get airborne and soon everyone was floating around cloudbase. Ken who has been flying with us for the last 5 years did very well and had his first dip into the cloud dissappearing from sight only to pop out in orbit. Ivan did very well out in the valley with Jenny and our Dutch gang all climbing out to well over 3000ft, what a cracking start to the flying.

Tuesday again saw us back at El Bosque and still having a cold airmass allowed for easy buoyant thermalling giving most of the group well over 2 hours of airtime. As the afternoon went on the Cu's started to fizzle out and the pressure climbed setting us up well for the South East Wednesday morning. Arriving to the South East with pilots for the first time is always a treat as the view is so spectacular especially for the Dutch gang who were reveling in the fact that they were in a country where there were land masses higher than a curb stone. The pressure had risen so there wernt so many Cu's to mark the way but with a still relatively cold air mass the thermals were still climbing out to at lest 5000ft. It didn't take long for everyone to get airborne and again the lower airtime plots really led the way all climbing out and pushing over to the twin peaks for some good out and returns. After near on 3 hours in the air for the super keen it was time for some shade and a pick nic lunch.

MIdweek marching on for a good distance

There was no rest for the wicked though as we headed back up to the South East for a sunset restitution flight with only the ensuing darkness bringing everyone down.

Thursday lined up to be a good XC day and didn't  disappoint as Rob took Roeleand Rick over the back for a nice relaxed 40k flight as the rest honed their thermalling skills again climbing in excess of 5000ft and flying for a good 2-3 hours. It was really nice to see the low airtimers confidence boom with Jenny and Ivan looking like old pro's  so a special well done to those guys.

Friday started off a bit windy which I´m sure was a relief to the guys as they had a chance to have a well deserved lie in and leisurely breakfast in the plaza. Mid afternoon we headed over to El Bosque and rounded the week off in style with a long evening boat around the valley which drew to a close a cracking 6 out of 6 days flying and logged the guys an average of 10-12 hours air time. Well done to the whole group for making it a great week with a lot of laughing.  We finished the Friday and the week  with a great  BBQ at Rob & Nic´s house in the Country side and a chance to review some epic flying.

If your interested in any Paraglider Training or Paramotoring Training here in Spain, remember we are here all year round offering coaching styled holidays for all levels, see our website dates and bookings pages to see availability for the year ahead. Our testimonial pages will give you a flavour of the feedback guys give us following our holidays on a regular basis. For a full list of dates, availability and to book simply go to our online Calender. Its always uptodate and you can book instantly with peace of mind that your holiday is guaranteed. If you have any questions at all just use our Enquires link to drop us a line, we are always happy to answer any questions you may have.

Check out our calendar for available dates 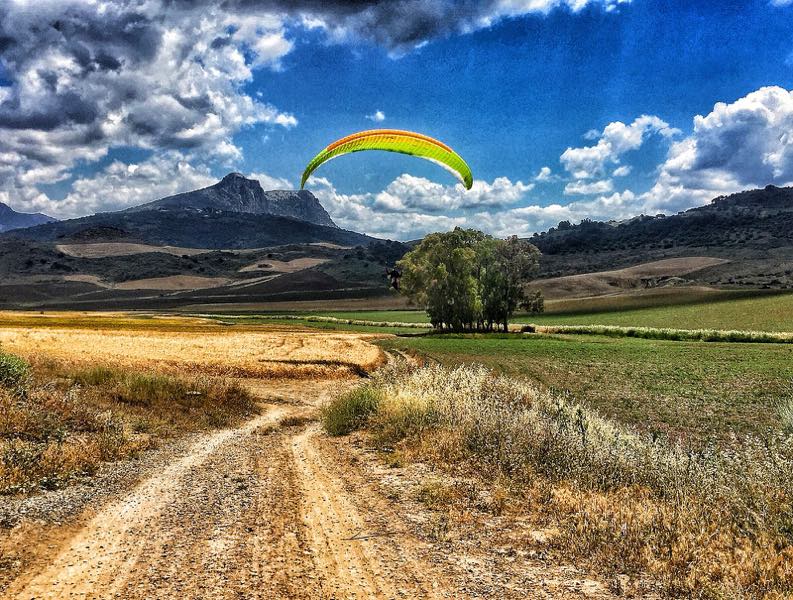