The end of January 2022 found us with two groups in Colombia escaping the European winter, our first was largely made of regular FlySpain customers who have spent time with us in Algodonales were keen to stretch their Xc legs further afield.

Our venue would the Cauca Valle in Colombia, it runs over 200 k and is hemmed in by the mountains separating us from the coast and the 4,000-meter peaks near Cali. We start each tour in a wonderful place called Peidechince, Based in the comfy surrounds of Siga La Vaca hotel in Santa Helena we get our group of winter flyers, this year a mix of Brits, Americans from all corners of the States, California, Oregon, and a Swede. 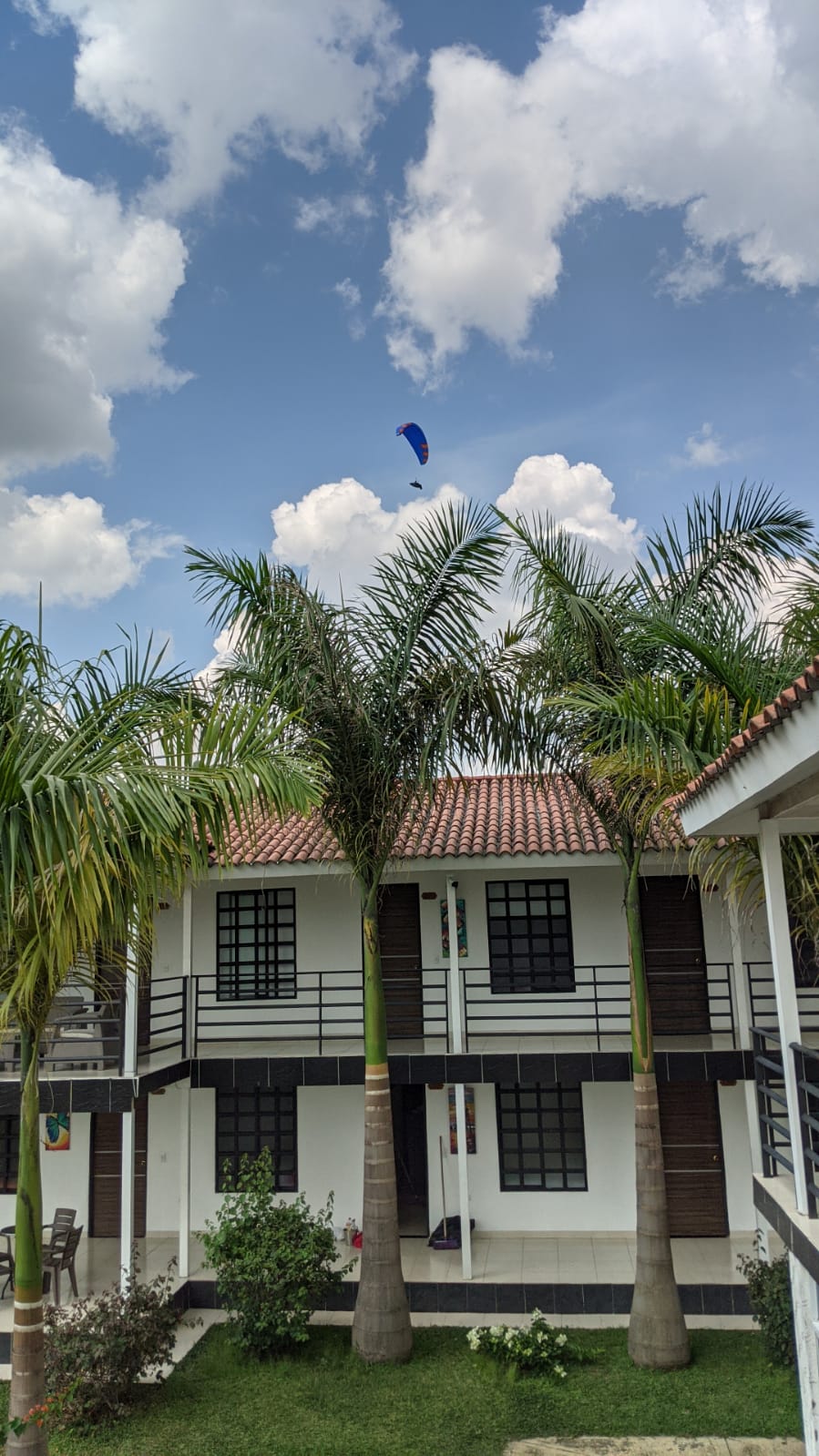 Warm up days to start

Piedechince is a goldmine really, it has an easy launch, reliable conditions even under low cloud and an easy flat landing field next to a bar and restaurant, what more do you need?

We had a couple of slow days working weak lift due to conditions before moving to La Union, which is between two great sites, Anserma Nuevo and Roldanillo. We like to be flexible, Roldanillo had back-to-back competitions and it being the first year post covid meant there were lots of tours running in the locality. We often stay at big rural farmhouses or nice hotels, breakfast is often included in the price of the tour.

From La Union, we started making Xc routes from Roldanillo down the valley for 20-30 k to La Union then across to Victoria and back up the valley to Zarzal. The views were as ever wonderful, most days we made between 30k to 80k flights.

Following two big days in Roldanillo we made flights from the less busy Anserma Nueva, it's a smaller site positioned further in the valley, the window for flying is slightly longer and further north of Roldanillo. It allowed us to explore a new section and connect another segment of the valley. We were just half way through the tour by now and making regular 30 - 90 k flights but day one saw us fly for 4 hours and knock out 100 - 130 k flights. 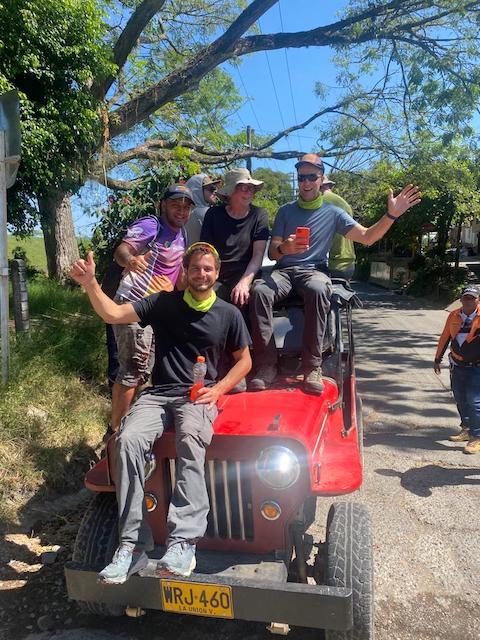 I guess you want to know how strong it is, well pretty mellow really, average climbs are pretty weak 1 - 2meters/second but there were nice strong 4/5 meter climbs but super smooth. occasionally in a long flight, you'd come across some choppy air but nothing to write home about.

Day 8/9 found some of the group taking rest days, flying 2 - 4 hrs every day takes its toll, but hanging at the hacienda by the pool and grabbing a nap allowed us all to recharge before making our next trip iinto t the mountains of Apia.

I've been running paragliding holidays in Colombia for ten years and this was a first for me too, a sweet old village hanging onto the hillside, an entertaining jeep ride up to an easy launch saw us finish connecting all the dots in the valley, six of the group flew together en mass from Apia for the first 30 k to Anserma then we connected up with some familiar territory in Anserma, then further south across the valley to Victoria then on to Zarzal and finally Tulua, It was quite the 150 k finish in Piedechince we had planned but it was a top day flying.

How the group progressed

Personal bests were had by all who attended, we had Mark and Ragnar with 60 hours apiece when they arrived carving up 40-70 k flights, Distance records for some of the Americans and Brits, and an easy 25 hrs of airtime each. After Carthago, we returned south to Piedechence. We aim at changeover days to fly-drive to our next destination, our luggage goes ahead in our van and we fly the route as best we can, the van meeting each adventurer with a cold beer or soft drink.

The group was supported on radio and with two guides and Flymaster GPS trackers, so no one was ever out of sight, everyone got offered a lift at some point around Rolda on the back of a motorbike... it's part of the adventure is landing out and getting home. 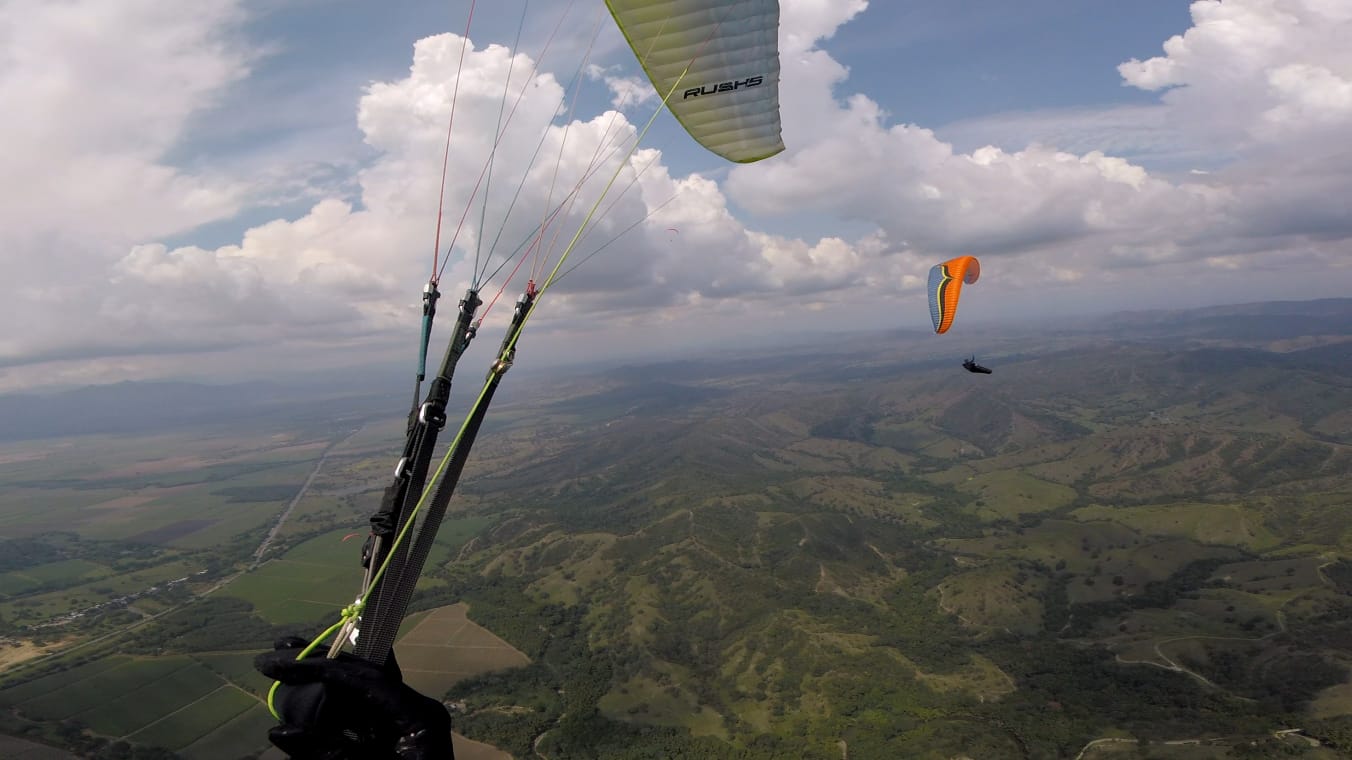 Anyways, Piedechince was popping when we returned but the group looked pretty tired already, we spent our last day with a quick flight despite epic conditions and some time napping by the pool before we connected with flights out of Cali the next day.

We will be returning to Colombia next year for sure for a similar format, our tour number is 10/11 pilots plus two guides, daters will be posted shorlty ont the Calendar for next year, if that sounds a tad too much of a workload, we also ran a low airtime course and paragliding holiday in Piedechinche, read the next article. 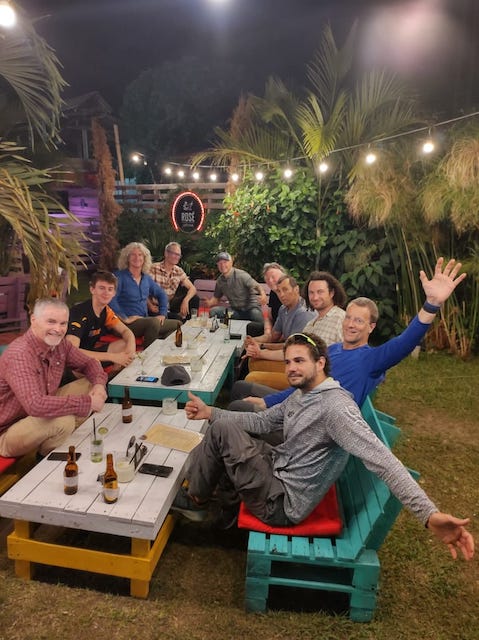