Having lived in Spain for nearly 20 years and flown here even longer, there are a lot of seasons I really like, but September and October offer that mix of balmy late summer temperatures well into the evening, to high Autumnal cloud bases, friendly thermal activity right up into late October half term. 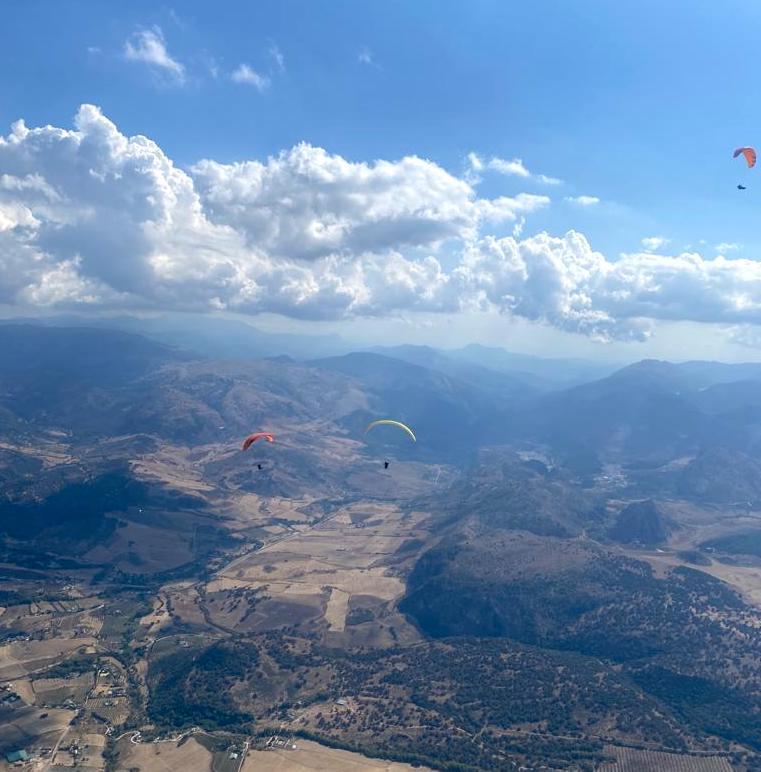 This September saw a tidal wave of old guests and familiar and new friends, from Sweden and the United States on our guided Xc weeks. Our first two weeks of guided Xc flying, were simply epic, 2500 meter cloudbases, fantastic gaggle flying almost day after day. We set tasks almost every day, so for the more experienced pilots looking to push themselves, we set daily Xc routes depending on the level of the pilots with us on holiday.

Apart from the reliable weather of Southern Spain, FlySpain have tailored guided holidays over the last 20 years to the perfect mix with Air to Air radio coaching. 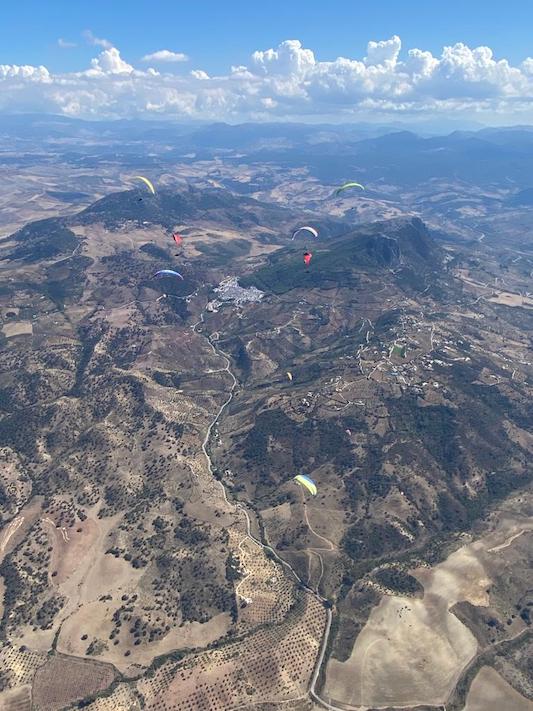 Each day we made full weather briefings and planned the day's potential, groups made personal best of 20 - 60 k each day, hours of wonderful airtime, and had a giggle along the way. To help with quick retrieves and keep a watchful safe eye on the entire group from both Air and ground, FlySpain are the only guiding and BHPA development school in the south using FlyMaster Trackers. Each pilot is lent a tracker that keeps track on them during their flight and when they've landed. 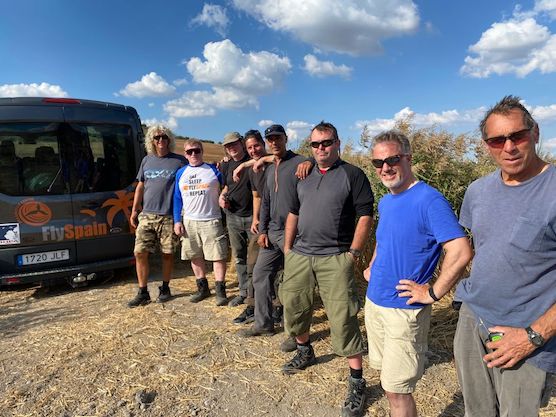 We finished our last week's guiding with an epic 60 k flight for the entire group! Beers to finish. Congratulations to Stuart, Ben, Pete, Roger and Johnny Iggy from the states on some epic flying and fab paragliding memories The Xc season is almost over now but we have Calendar dates for next year planned already.