Dodging the heat of Spain

June in Algo can get proper hot and a tad rough, so once we finished our last fabulous Mentor week we downed tools in Spain and headed up to Bassano del Grappa in Northern Italy, near Venice for weeks flying.

Having spent a chunk of time there last July & August, we figured this hugely popular and busy spot might be a tad quieter in June as the rest of the alps was in theory flyable too.

Bassano sees pilots heading down from Austria and Germany over the summer holidays and Spring and  Autumn,. It can get super busy, but June paid off in spades for us. There were pilots about for sure but not the usual quantities and conditions were generally pretty good, giving plenty of separation and plenty of opportunities to go Xc. 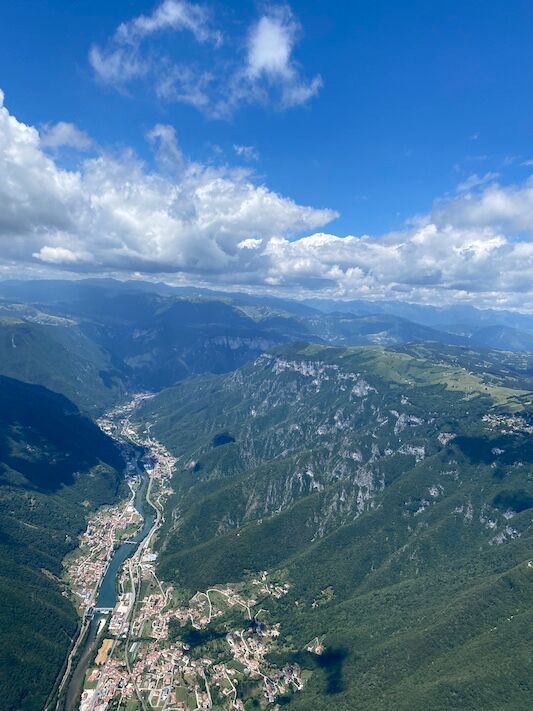 Most pilots stayed in the Hotel next to the landing field, two others in a nearby hotel. There's lots of accommodation spread around the two big landing fields.

The first couple of days were probably the strongest in terms of conditions with a relatively high cloud base at 1700 meters, it lowered over the week to about 1200 but was pretty flyable every day.

By Wednesday we were already a bit tired, 3 hrs a day were possible in the saddle, Bassano offers up a fairly easy ridge to find your climbs as well as smoother lift in the flats out front which start working from 12 onwards. We set tasks most days so the group had something to plan for as opposed to just thermalling and airtime. Obviously, we had a couple of pilots who hadn't seen much sun over winter so airtime was crucial to those feeling a tad rusty.

We grabbed two flights a day, starting up the hill around 10 ish post briefing, we would stop for a lunch break and continue up for slightly smoother conditions from 3 pm onwards. The hotel had a pool so if you were feeling suitably cooked after your first flight some would be lured to the pool and cocktail bar! 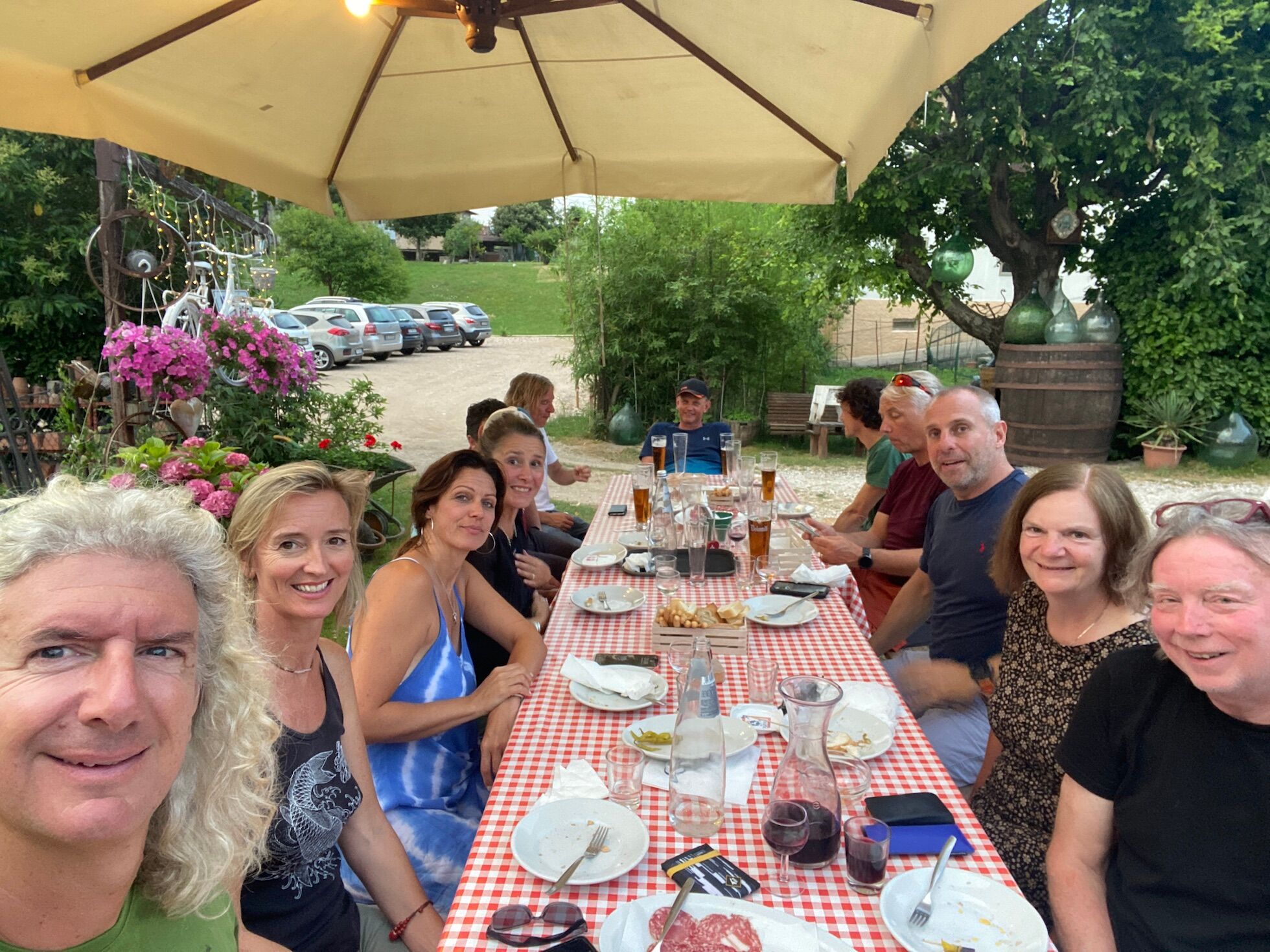 The evenings  saw the group eat at the Hotel but we ventured out Into Bassano one evening, a local Osteria and numerous pizza bars on other evenings. Theres lots of options locally and most of them within walking distance.

The final day on Friday gave us slightly stronger winds and large cloud overdevelopment but a couple of the guys managed 2 hrs flying out in the flats. I didn't tally everyone's flight hours in but one pilot David Morgan, had amassed over 11 hrs in the week which is as good as it gets I think.

The day everyone left for the airport cloudbase went back to 2,000 meters and we had a stunning albeit strong xc flight down the valley and back. There's plenty of potential here as long as like everywhere the weather is kind. 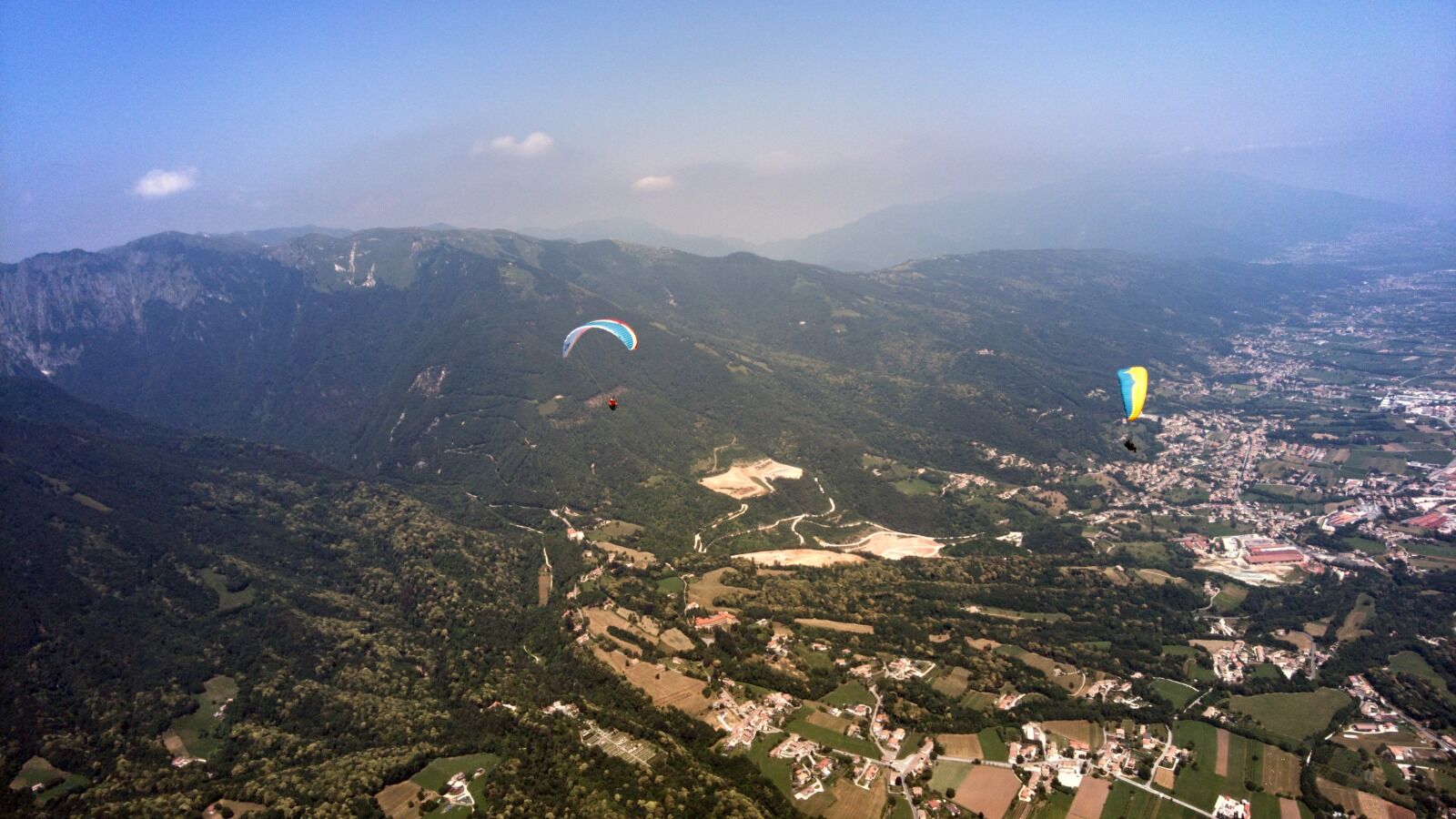 We will run another week, maybe two next June as it sits well with our activities, and it's really nice to introduce pilots to a new area. Keep an eye on the calendar for future dates. Bassano can be really good for low airtimers but we would prefer to take pilots with a minimum of 30 hrs flying who are already keen on Xc, as there's plenty of scope here to make great flights. the pictures might give the clues.

Thanks to Manu for driving and Joe's advice and help with guiding the group, we had a blast, and can't wait for more. 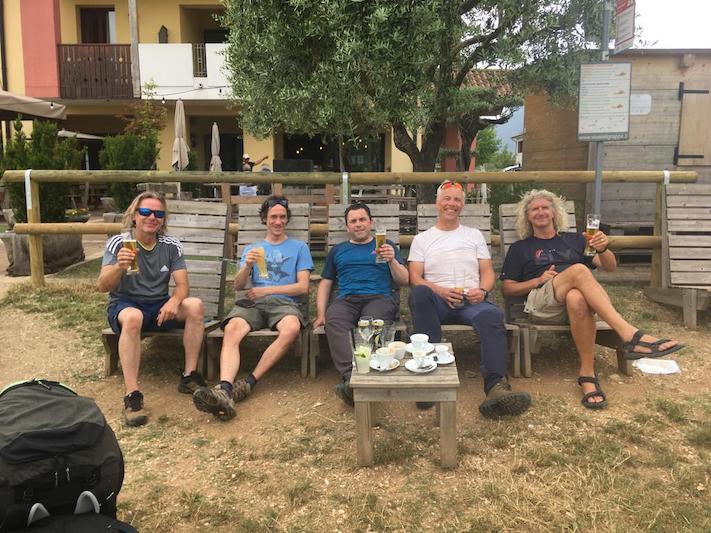