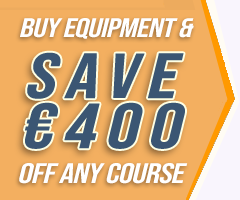 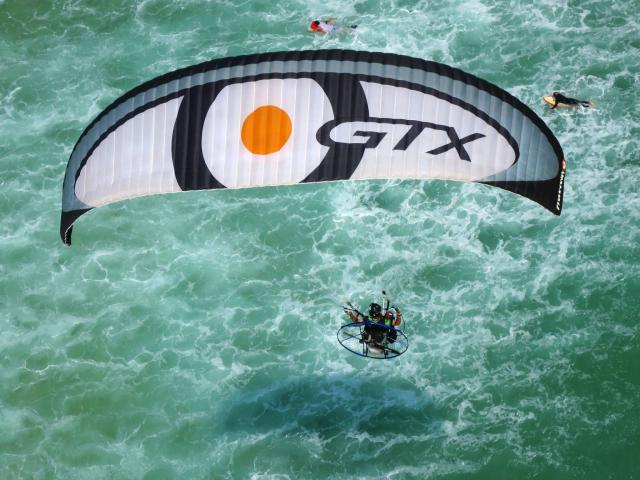 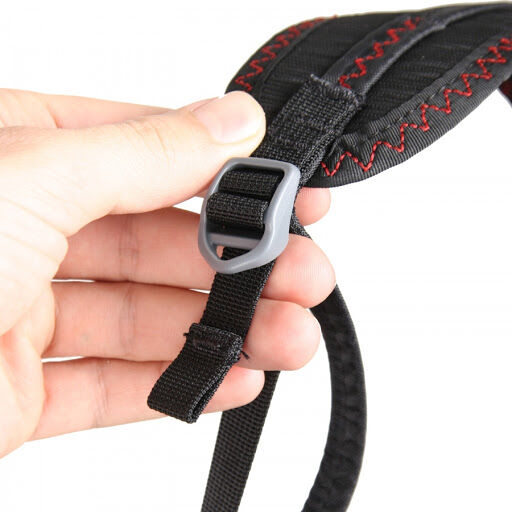 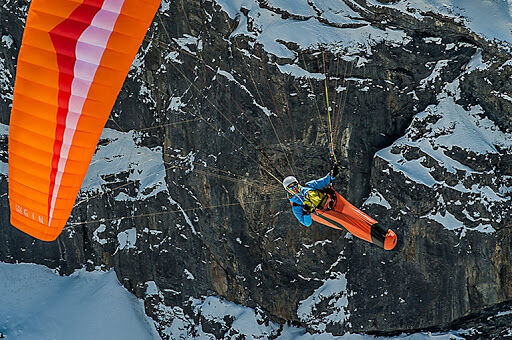 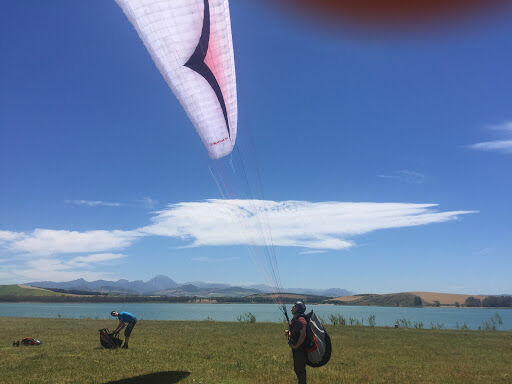 The “Bivouac wing” revolution starts here!
GTX stands for “Grand Touring X- country” and it is the perfect wing for bivouac flying as well as anyone out for weekend fun with their friends and family.

Made for Comfort and some Grand Touring X- countryflying

The GTX is made for comfortable, fast efficient cruising, while handling rough air with minimum pilot input. The wing is the GTR’s little brother and has the same agility and fun – but a more relaxed feel.

The GTX is exceptionally easy to launch. Even on those wet mornings, heavy with dew and fully laden with fuel and gear, the wing comes up with just a pull of your fingers. It will reliably get you off the ground even from the tightest of take-off areas.

The risers and trimmer system give a wide range of speed, while maintaining precise light handling. Upon command the GTX can easily be slowed up for flatter turns and thermal efficiency. It is fast gaining a reputation as the best all-rounder on the market.

In addition to the Paramania CLE* system; both the GTX and its cousin the GTR share the latest laminar flow MCJ reflex wing sections and include an integrated drag reduction system; a series of carefully placed holes that equalize pressure at the trailing edge. The result is technology that has proven to be outstanding, giving minimal power differences between the fast and slow speeds, so a flatter polar curves and increased efficiency.

Since the introduction of this new technology, Paramania finds its self, once again at the fore front of re-evaluating wing sizing. The smaller sizes of our wings today are giving as much lift as the bigger sizes of yesterday and with the added benefits of easier launching, better handling and overall increased stability.

Combine the availability of the latest engine units, with improved geometry, power to weight and reliability and our sport is starting to move in a new direction; wing sizing is becoming related more to pilot skill level than ever before!

For example:- With our current wing designs; when lightly loaded are intermediate and simply require more advanced piloting skills as wing loading is increased.

Wing sizing being relative to engine power, pilot weight and how heavy a unit they could cope with or how much performance instability they could handle in a wing.

The conclusion simply being; that our GTX 22m is now the Medium size and covers the average pilot/motor weight combo the best.

Paramania have always set a bench mark of the highest possible standards of build quality and structural strength. To follow the new direction our sport is now taking it has become even more important. Which is why the Paramania/MCJ design and engineering, coupled with Gin manufacturing puts the GTX and all our latest wings into a class of their own.

As usual it comes with all the usual pro Paramania trimmings.

The GTX is the third addition to the Paramania Action family of wings. It’s predecessors the Action, the Action GT and the GTR are pinnacles to progress in Paramotoring and the GTX is no different.

When you first take the GTX out of the bag the visual you get is materials and construction made for the paramotor. As you lay it out, the CLE* supported leading edge present the cells to the air, ready to fly in an instant. As you inflate the wing what you get is 100% launch success, the wing launches it's self no need for an aggressive pull, just move forward and it is in the air.  Even in light or variable winds the wing comes up with minimum effort and waits for you to move forward!

It then quickly lifts you clear of the ground within a couple steps. Once in the air it awaits your next move, ready for throttle to drive it in a straight steady line upwards.

The risers and controls are easy to adjust and intuitive, being able to change settings by just a glance and hand grab. Either by using the trim system, Wing Tip Steering or brake toggles.

This is the Reflex wing of the future. Easy to launch with just a pull of your fingers. The wing comes up straight every time.Pulling the trimmers you notice they are split into three simple positions ‘Slow’, ‘Neutral’ and 'Fast’ all thats needed for a full speed range.The brakes are very smooth and progressive and not too stiff, but firm enough for give good pilotilent feedback. The team are all really excited for the future of this wing, we think it could represent the best all rounder in terms of usabilty, safety and speed for all pilots...